MARIOS SPILIOPOULOS: The 700 Names of God 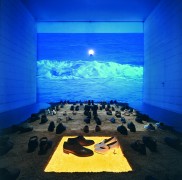 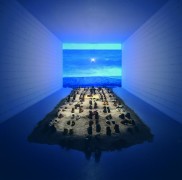 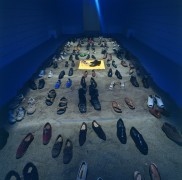 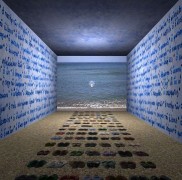 The Municipality of Chania, the Municipal Art Gallery of Chania, KEPPEDIΗ – CAM and the Municipal Port Fund of Chania present the exhibition by the professor of the Athens School of Fine Arts Marios Spiliopoulos, “The 700 Names of God” at Yiali Tzami mosque in the Venetian Harbour.

The main idea of the work derives from the 700 names of God that were recorded by the Byzantine Emperor Theodore II Duke Laskaris in 1254. In its primary form it was presented in 2002 at EMST (National Museum of Contemporary Art of Athens) among the work of other significant artists – Bill Viola, Shirin Neshat, Ghada Amer, Marico Mori, Maaria Wirkala, Jalal Toufic and others – in the context of the show “Synopsis 2: Theologies”. It is an installation that will adapt to the space of the monument – Yiali Tzami –, a space dedicated to divine worship, transcending religious difference. The names of God – the guardian, the panaitios, the source of wisdom, the soul pleaser, etc. – will be written on chosen places. Covering a big surface on the wall there will be a video projection featuring the sea and horizon, with the reverse waves hitting the floor while at the centre of the sea, among the waves there is a flame. Used shoes, previously owned by the city residents will lie on the floor and the names of the residents will be mentioned on a special leaflet. The sound of waves will be sounding while the artist’s voice narrates the names of God. The main installation will be presented in the surroundings of other elements whose aim is to accentuate the sacramental character of the whole project. Aris Maragopoulos writes in relation to the work:

“… the construction of the installation highlights the worn-out shoes, representing the tangible marks of the partial and the perishable within eternity… Theses souls march towards eternity equipped only with the certainty of their future, by crossing the virtual sea, advancing beyond the everlasting light, leaving their worn-out shoes behind – both as a memorial tomb and as a memory.” “If religion is becoming decadent in our time, it is because the worldly realm of the Sacred has been diminished and the mutual feelings and emotional bonds among people have become diffused and weak. Those original elements, which offered identity and reciprocal emotions to people – family, synagogues, communities – have weakened, and people have lost the ability to preserve their mutual relationships, both in time and in space. If we then claim that ‘God is dead’, we essentially state that social ties have been broken and the society is, literally dead”. 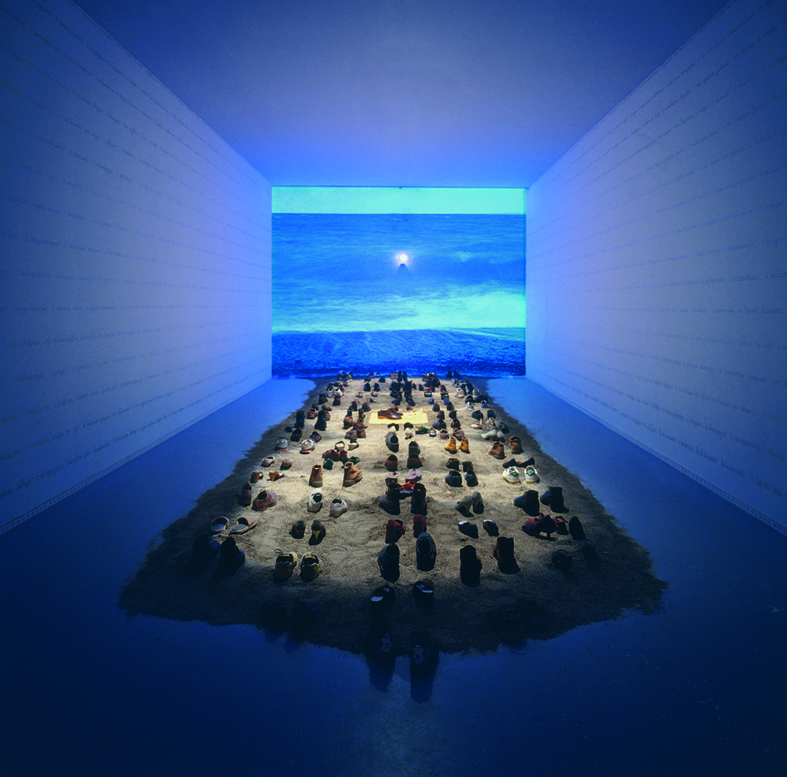