Photography exhibition “Palimpsest” from the Municipal Art Gallery of Chania

The series «Aufarbeitung: The Wall» is about the Berlin Wall twenty years after its fall when it was turned into a memorial with multiple –especially political– functions, becoming an international symbol and featuring prominently in mnemonic representations of the 20th century. «Restricted Areas», in turn, depict places once designated as top-secret that have been now transformed into official or unofficial monuments. STASI and KGB remand prisons, military bunkers, nuclear shelters and facilities, the National Security Headquarters, the underground Soviet Military High Command in DDR: Having lost their use these sites are now transformed into symbolic fields of memory performance, thus playing a key role in the production process of working memory, a process which contemporary historians term «cultural memory». Both series are part of an extended photo project, entitled «Palimpsest» (2009 – 2019), focusing on memoryscapes of the Cold War Era in Europe. Working through the past [Aufarbeitung der Vergangenheit], a catchphrase in the famous «historians’ feud», coined by Adorno, refers to the process of revisiting historical events through an examination of often controversial material, which causes such profound embarrassment and heated conflicts, that some call it «the battle of memory».

Born in Exarcheia, Athens, 1945. Studied photography in London (BA, Polytechnic of Central London 1974-77). He is a Doctor of Philosophy in Arts and Humanities (University of Derby, 2000-08). He is a founding member of the Photography Centre of Athens (1979 – 2004). As an Advisor to the Minister of Culture, he has co-ordinated the institutional formation and reforms on photography in Greece (1994-2004). He has been a member of the working committee on National Policy for Photography by the Hellenic Ministry of Culture (1994–95), as well as an Independent Expert for the European Commission – Directorate General for Education and Culture in Brussels (since 1999). He wrote extensively on photographic theory and criticism and organized several photographic research projects, seminars, workshops, events & exhibitions. He has also been co-organizer and participant in several conferences. His photographic work has been extensively exhibited and published since 1978, both in Greece and abroad (Europe, USA, Israel, Turkey, China). He joined the Photography Department of the Technological Educational Institution of Athens in 1986 from which he retired as a Professor of Art Photography in 2012. Recently he has been affiliated with the Department of Visual and Applied Arts, University of Western Macedonia, Panteion University and the Athens School of Fine Art, lecturing at the photography courses of Life-Long Education Program.

Born in Bucharest, 1973. Studied Photography in Athens and UK (University of London, Goldsmiths College –MA in Image and Communication; University of Derby –Phd) sponsored by the State Scholarship Foundation (I.K.Y.). She is a Doctor of Philosophy in Arts and Humanities, specialized in photography (2004). Her research interests, both in terms of theory and practice, focus on photography and its relation to personal and collective memory, history and politics. She has exhibited and published extensively both in Greece and internationally. She curated a series of photography and visual art exhibitions, the most recent being “Sites of Memory” (Benaki Museum, Athens, 2016) and “Capitalist Realism: Future Perfect | Past Continuous” (Thessaloniki Museum of Photography and the Center of Contemporary Art/ MOMus 2018). Recent publications also include Sites of Memory: Photography, Collective Memory and History (Athens: Hellenic Center of Photography & NEON Foundation, 2016) and the collective readers (co-editor) Censorship in Greece (Athens: Rosa Luxemburg Stiftung, 2016) and Companion of Censorship in Greece: Weak Democracy, Dictatorship, Metapolitefsi (Athens: Kastaniotis 2018). She has had affiliated appointments as lecturer of photography theory and contemporary art since 2004. She is currently teaching the MA course “Censorship: Interdisciplinary approaches” in the Department of Political Science and History, Panteion University, Athens. She is Principal Researcher in the post-doctoral programme «Censorship in Visual Arts and Film» (CIVIL) in the same Department.

(John Le Carre, The Spy who came in from the Cold)

Like all walls it was ambiguous, two-faced. What was inside it and what was outside it depended upon which side of it you were on.

The photographs of Petsini and Panayotopoulos in “Palimpsest” trace the remnants of the Berlin Wall and of the world that it had both embraced and been embraced by: traces of the time when the Wall was a concrete, material entity, and of the trail this era has left. In documenting these, they act as a poignant reminder that the Wall was neither built in a day, nor demolished overnight Official histories have singled out August 13, 1961, the day that the Wall made its appearance in the media around the world, just as they have prioritised images of people demolishing parts of the wall on November 9th, 1989. But just as there was a border before, with fences already in place during the 1950s, so also the Wall and its traces (material and immaterial), survive to this day. The Wall, and what preceded and followed it, is as much a site which amplifies time as it was a spatial dividing line – a place in which past and present meet to consider the ruins of an unfinished rhetorical discussion.

The Wall was ambiguous from the moment of its conception. For the West, it was assimilated to the enclosure of a concentration camp, suggesting a direct lineage between the practices of DDR and the Nazi Germany. Conversely, for the DDR it was the ‘anti-fascist protective wall’, a boundary line between two opposed worlds.  As one of the core visual icons of the 20th century, the Wall has been signified according to political intention and will. These are its ruins, its legacy and histories, I think while looking at these photographs, in which almost no humans appear. Humans are present, of course, albeit as shadows, photographs and statues: timeless reproductions of human presence. There are habitual spaces, particularly in the second part, and there are human traces hinted at across the series, but the photographers deliberately omit the contemporary human presence. The images are of ruins, remnants, traces of what had been the DDR (and hence also of the former Eastern Bloc in general), fragments – or rather inscriptions – of the city’s historyt. The complexity of the means by which such traces are being erased or preserved is also apparent in the second part, ‘Restricted Areas’. This section documents spaces associated with the notorious Stasi, which are carefully preserved and extensively exhibited as sites of memory closely identified with the former Eastern bloc -the photographers seem to visually and critically explore how the process of signification helps associate DDR’s legacy with the terror of a surveillance state.

From the cold landscapes of the ruined Wall in the first part, (“Aufarbeitung: The Wall”), to the coldness or warmth of artificial light in the second, (“Restricted Areas”), the photographs are cold; mostly low-saturated, pale, dim. This kind of iconography provides a stark contrast to the re-invented, vibrant cosmopolitanism of Berlin, which is the way the city wants to talk about itself, to itself and to the world. The photographers insist on the cold, frosty atmosphere, which has been a central iconographic element of the Cold War. In so doing, they seem to critically revisit naive conceptions of the Cold War as an era with a distinctive beginning and end-date, and instead explore its traces (and the absence of its traces) in our era. And they do so by way of a project entitled “Palimpset”, in a Berlin, which can itself be thought of as a palimpsest: a city in which History is incessantly inscribed, erased and re-inscribed.

In “Palimpset”, Petsini and Panayotopoulos are tireless visual investigators of the dialectic between History and oblivion. They provide a minutely detailed visual document of the processes through which history is being written; a record of the city’s attempts to produce a single cohesive narrative, a single timeline, a unified history. Their record testifies that elements regarded as excessive, which do not fit, or which point to multiplicity and deconstruct any attempt at a cohesive singularity, are being pushed towards erasure in a myriad ways: by means of disposal, demolition and re-signification, as well as through being placed in museum selves and souvenir shops. This exhibition is a documentation not just of History or of a history, but of the processes by which history is being made – of how it is being written and of how it is erased. As Nadia Seremetakis once put it, “We live in the era of earthquakes… The future is certain. That which is unpredictable is the past”. 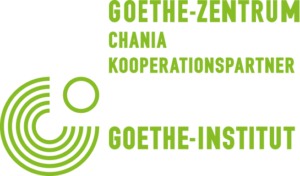