George Kounalis: In art as in life

The Region of Crete organizes in cooperation with the cities of Heraklion and Chania the first visual art exchange of two important artists, George Thomas Georgiadis and George Kounalis. The retrospective exhibition George Kounalis. In art as in life opened at the Municipal Art Gallery of Chania on April 6th and then on April 12th the retrospective exhibition George Thomas Georgiadis. Beauty and Truth. Painting in a classic, austere and simple manner opened at Saint Mark’s Basilica in Heraklion. A month and a half later, Kounalis’s exhibition will be mounted at St Mark’s Basilica in Heraklion and Georgiadis’s exhibition will likewise be shown at the Municipal Art Gallery of Chania.

The curator of Kounalis retrospective exhibition Sofia Mavroudis notes that he was working with different kinds of art, parallel to each other as a result as natural element or consequence of another, and which stretched from Byzantine to contemporary art and with conceptual elements but also cultural events. He was an artist who spent most of his day into his workshop, translating and interpreting the surroundings, inspired by various artistic movements of his time. This report emphasizes the experimentation and how the project itself and its style were inherent in a ceaseless research. Having that in mind, his artistic workshop represented as part of the exhibition, as well as the life and his artistic creation were merged into one.

Everybody’s hope is to follow up on the initiative of the Region of Crete in the future to explore the artistic legacy of Crete and to be promoted the cultural syncretism. 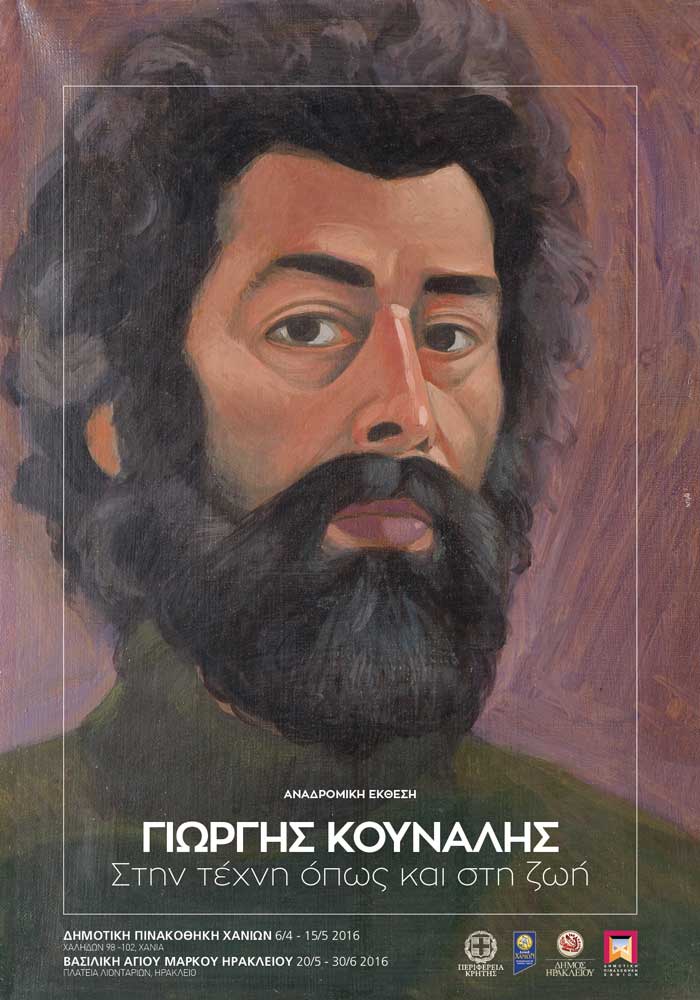