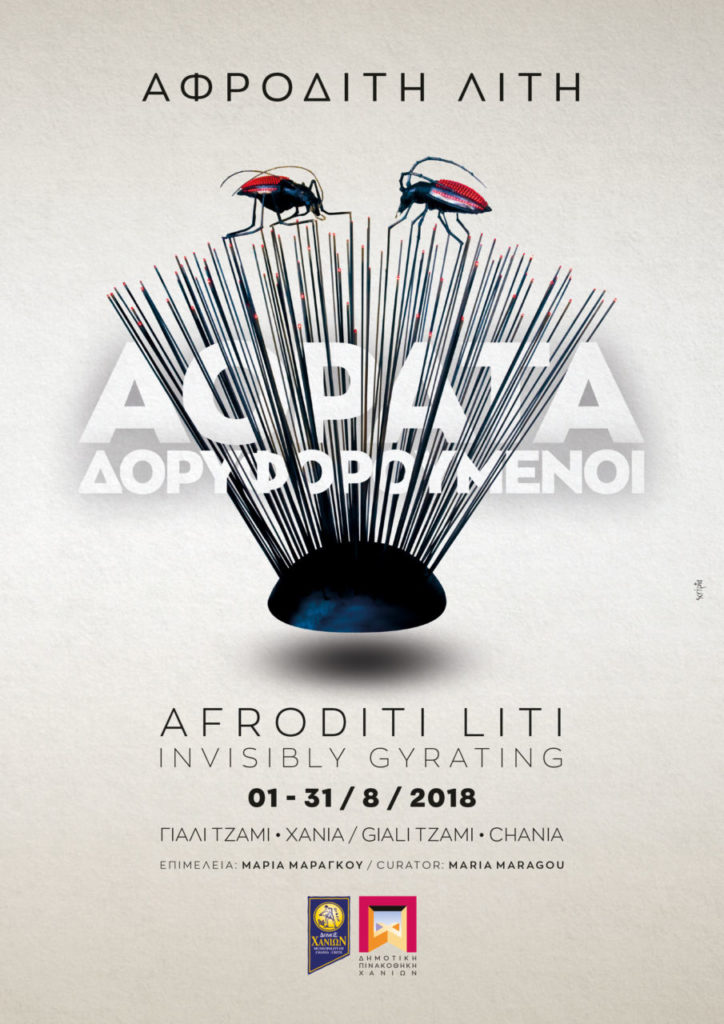 Afroditi Liti was born in Athens. She studied sculpture, mosaic and icon painting at the Athens School of Fine Arts (ASKT, 1972-1978), with professors J. Pappas, J. Kolefa and K. Xinopoulos. She attended Degas Studi in Milan in 1978, She completed her postgraduate studies at London University (1983-1986) with a scholarship of the National Scholarships Foundation (IKY). In 1985, she received the sculpture award by the Chamber of Fine Arts of Greece. From 1978 until 2000, she worked as a museum sculptor at the National Archaeological Museum of Athens. Since 2000, she is Professor of Sculpture at the Athens School of Fine Arts. Since 1982, she has exhibited her artwork in solo and group exhibitions, in Greece and abroad.Her artwork is in both private and public collections.

My esoteric quest led me to Giali Tzami (Mosk) in the city of Chania (on the island of Creta); this quest was the main reason I was granted the potential of presenting my artistic works there. Works that were created with the purpose of developing multi-dimensional, vivid communication with places spurring historic recollections, as this building, classified among the most important ones of the city, is.

The chosen sculptures belong to wider thematic collections such as “The Convention of Birds and Fruit”, “The Prosperity of Fruit-sharing”, and “Diving in the Kingdom of Innocence”. They were chosen in connection with the dome which impressively dominates upon the environment of the exhibition.

It is known that in religious architectural constructions the use of the dome has to do with the severing of volumes for the purpose of enabling the human being to approach the divine dimension by immaterializing the space, a possibility offered through the semi-spherical sheltering of a building in reference to the celestial dome which is believed to be the divine habitat.

Works of art such as the “Burning Bush”, the “Coil of Ivy”, the “Couple of Insects on Stamen”, and the “Female Figure in Offer of the Source of Life”, due to their circular shape, manage to attune in turning around together with the circles and the semi-spherical dome of the monument, causing a feeling of vertigo to the visitor.

The Mosque and the exhibits, in the middle of the Venetian harbour, emit some kind of undefined, vibrating sound which floats around leaving the feeling that it is coming from the Ottoman gardens in the East. At this point the artistic substitutes the natural transubstantiating it in Art, and makes the whole space enchanting creating the hyperbaton environment.

Finally, my thematic depicts, which derive from original figures that were given new forms by the wrappers of Art, they achieve the transforming of the natural and its infernal base into fruition of energetic relations, the roots of which penetrate the core of the nature of artistic creation itself.

Sculptress, Professor at the School of Fine Arts of Athens

SCULPTURE IN A CIRCLE

A historical monument, gives reason for a dialogue that relates to form, history and the meanings it may entail.

An exhibit by Afroditi Liti at the Giali Tzami, a monument of the city of Chania and the island, includes its historical references but also the weight of personal sentiment, for an artist that skillfully knows how to manipulate her materials but also provides experience that brings out the artwork within its environment.

Nature is also there, boldly visible in supernatural insects, the loop along the Tzami and the burning bush, evoking all its symbols; natural and metaphysical. The sculptures, with all the knowledge of technique, laborious handiwork and thought, reflect universal works that collect energy from history to the noisy present.

Afroditi Liti, broaches and discreetly summons secrets, ancient times, encompasses teachings from the worship of the Egyptian dead, touches the beliefs of the continuation of death, namely life, honors Byzantine masters and expresses in our present time, illuminated with the contribution of subtle postindustrial technology.

The historical monument, this time coexists with works that do not attempt to compete with it, but to be included as revered grave goods in the perpetual ebb of time. 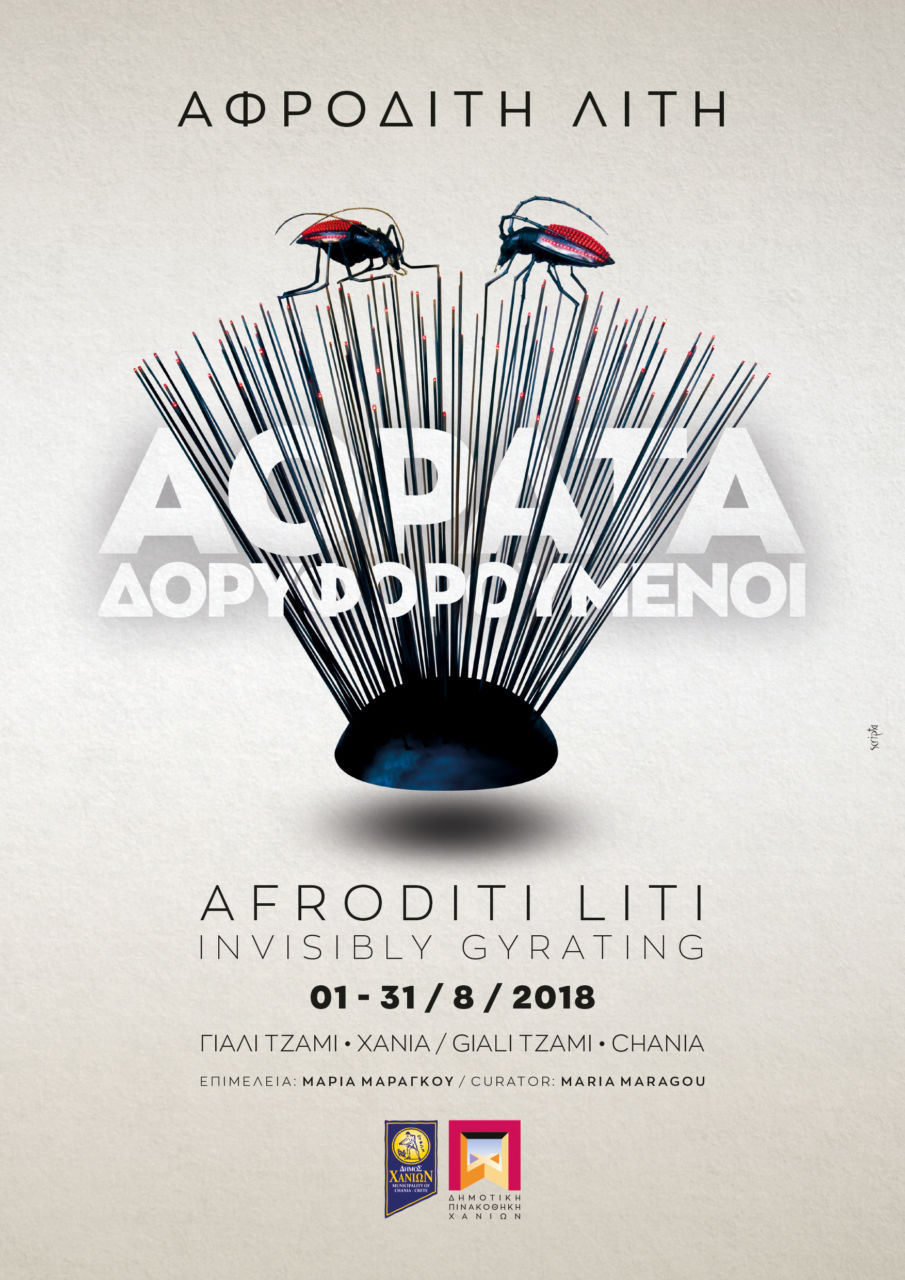